Guy Williams: Man Behind the Mask by Author Antoinette Lane

Guy Williams: Man Behind the Mask
by Antoinette Lane

Research is key to writing a good book, fiction or non-fiction.

During a research session looking for information about self-publishing, I came across a book, Guy Williams: Man Behind the Mask by Antoinette Lane. It was a biography of Guy Williams, the actor, best known for playing Zorro on Disney's TV series in the late 1950s. 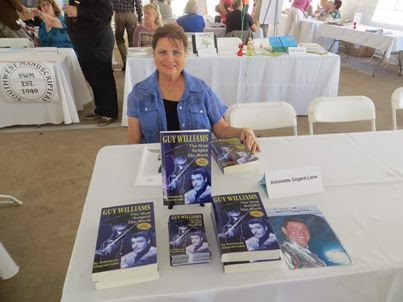 I loved the Zorro TV series and always wondered what happened to Guy Williams, so I got Ms. Lane's eBook from Amazon.

Talk about research, Ms. Lane spent almost 19 years researching and  interviewing Guy's family, friends, co-workers and more for this in-depth biography that goes into great detail about Guy's life from birth to death and beyond.

In addition, Ms. Lane got lucky, not only did Guy's wife, Janice Cooper, welcome Ms. Lane into her home for multiple in-depth interviews, she met many Guy Williams fans who offered to share their treasure troves of memorabilia for use in her book. You will find family photographs spanning the decades of Guy Williams' life as well as school pictures, modeling covers, actors' head shots and stills from his movies and TV shows.


“One of my objectives in writing this book,” the author writes, “was to make the reader feel he had met him too." Guy had some predictable traits, but he was also a walking paradox: masculine yet sensitive, firm yet gentle, conservative yet nonconforming, macho yet intellectual, simple yet complicated. There is a slight tendency to go overboard with minutia, however, and a little trimming should have been in order. But, as I always say, I would rather have too much than too little. "

If you are Guy Williams or Zorro fan, this in-depth biography will tell you all you want to know about the man, his life and career.

Guy Williams: Man Behind the Mask at Amazon
http://www.amazon.com/Guy-Williams-The-Behind-Mask/dp/159393016X

Do You Want to Publish an eBook? -- Part One

Writing is hard for some. In addition, the choices about how to get published are complex.

If you have decided to write a book. The first rule of thumb is: Write the best book you can.

Next, comes choosing where and how to publish. There are some basic options: Traditional, Self-publishing, or Vanity Press.

Traditional -- as a writer, you solicit major and minor publishers either by tossing your manuscript over the transom, so to speak, meaning, you email your manuscript unsolicited to various publishing companies, or you can look for an agent to represent you.

It would be impossible to list all the sources and options available regarding finding an agent. A web search will turn up thousands of choices and advice. To start, my suggestion is to look for articles on self-publishing in well-known writers' publications like Writers Digest.

Important: join various online or terra firma writers' groups and find out what other authors do.

Now, if you have written the next great American novel and agents are knocking on your door soliciting your business, that's great, but most new authors do not have this experience.

Self-Publishing -- You have two options:

Note: DIY also means learning a lot of software packages, not just wordprocessing. You need to format your document for the self-publishing house's software. In addition, creating a book cover will require photo/image manipulation software. In addition, if you register your work with the Library of Congress, you will face the task of using their software as well.

2) Purchase or Contract Services -- (a) use a self-publishing house and choose from a variety of packages which may include editing, book design and more.

Caution: in this industry be careful what you buy, not all packages are reliable for the quality of services provided.

(b) use a self-publishing house and contract privately with an editor, book cover designer, or marketing service, you choose which function you want to DIY and which you want to contract out.

Again, research is necessary. For example, to find an editor, look at their credentials, their experience in your genre, their fees, as well as, their customer service skills. Like self-publishing houses, there are plenty of editing agencies/editors out there willing to edit your work that are expensive and may not provide a quality service.

In the self-publishing world, there are many companies who want your money but do not provide services warranting the expense.

Vanity Press -- find a self-publisher and let them do all the work. Vanity Press has a notorious reputation for producing poorly formatted and edited, expensive products that don't sell. There are some full-service self-publishing houses that are reputable but are hard to find. Remember, marketing may still be up to you.

Choosing an Editor and Editing Services

What Happens After Publication?

Marketing Your eBook
Posted by Ria Stone Blog at 12:33 PM No comments:

An eCookBook has been Born!

Recipes from the Kitchen of a Frugal Non-Cook has been published by Amazon. 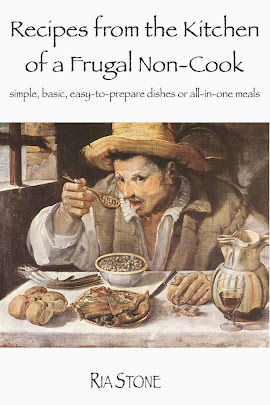 A Cookbook for Non-Cooks?


It's no secret, I can't cook. But you gotta eat, so over the years I have developed some "simple" recipes to create a variety of menu choices other than peanut butter & jelly sandwiches and a bag of potato chips for dinner.

As mature Expat living in Mexico, I enjoy life and work on writing all those stories and books I put on hold. Also, as a print addict, former typesetter with some journalistic training, and booklover, I have found the world of epublishing an exciting adventure and an education. Who has time to cook?

Ria has crafted a wonderful cookbook of flavourful and quick recipes for chili, salads, stews and other mouthwatering fare.

Ria included some personal stories in her cookbook, making it a treasure to read compared to some dry, "just the cooking facts" cookbooks I've read.

As an added bonus, you don't need to know how to cook to make any of these recipes. There are no weird ingredients found only at some artsy-fartsy, high-brow, high-priced, food emporium, just simple, easy to create food.


This collection of easy recipes is for non-cooks who feel like an alien in the kitchen.

Recipes from the Kitchen of a Frugal Non-Cook provide ideas for a variety of sandwiches from PB&J to Dagwood Sandwiches, and simple recipes like: Tomato Salad and Coleslaw.

Yet, with a skillet and pot with lids, a microwave and a crock pot, you can make most of the recipes in RKFNC.

Among the recipes are some basic ones like a spaghetti recipe with suggestions for a variety of toppings that can be used elsewhere.

Personal stories are included with some recipes as I navigates some of the Dangers! of cooking.

There are crock pot recipes like Two Bean Corn Chili and Pork and Pineapple Chili. Ria's Basic Skillet Recipe is for the more adventuresome. RKFNC has a few recipes using leftovers.

The egg, a beautiful product of nature, is used in many ways. See recipes for: making an omelet or using hard-boiled eggs for sandwiches or egg salad, or adding an egg to fried rice.

RKFNC is not a dieters cookbook. Olive oil is used in almost everything and cheese is a frequent ingredient.

As I writer, I see food everywhere.

Find Recipes from the Kitchen of a Frugal Non-Cook on Amazon and other eTailers.

Posted by Ria Stone Blog at 9:09 AM No comments:

Email ThisBlogThis!Share to TwitterShare to FacebookShare to Pinterest
Labels: Frugal, Marketing, Recipe, Recipes from the Kitchen of a Frugal Non-Cook

Expat Ria Stone lives in Mexico where she appreciates life and has time to write.Ria says, "self-publishing Gina's Dream was a wonderful adventure and an excellent education." It was a positive experience, so she is looking forward to working on her next novel.
As Stone explains:"Gina’s Dream began as an idea after reading several research papers, in the early 1990s, where basic life functions were being manipulated for singular purposes without regard for the universe’s ecosystem. The idea started as a story about humans in the future, who live in rival camps because earth has been so contaminated that communities are biologically isolated from each other due to rampant disease. Each camp fights for resources including fertile women, and continues to develop biological weapons to fend off raiders and mutated diseases. I know where the idea started, but it’s hard to recall the various stages of development of the story and how it ended up in its current version. 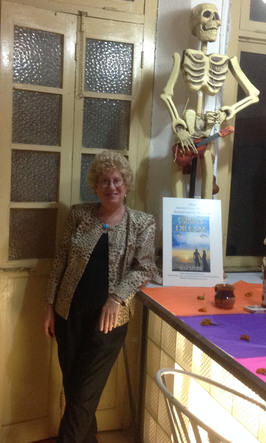 When I read Gina’s Dream, I see the influence of many fine authors whose stories I have read or watched on television. I see the influence of one story, Star Trek’s: Assignment Earth, more than any other. But, I would like to also acknowledge: Harlan Ellison’s work, particularly his contribution to Star Trek, City on the Edge of Forever; two of John Varley’s work, Persistence of Vision and Steel Beach; Ursula Le Guin’s Lathe of Heaven and The Left-Hand of Darkness; Robert Heinlein’s Stranger in a Strange Land; Spider Robinson’s Time Travelers Strictly Cash and other Callahan’s Bar Stories and Star Dance; Frank Herbert’s Dune; John Boyd’s The Doomsday Gene, and many more. I would also like to thank the many science fiction convention organizers and fans. As well as enjoying the conventions themselves, I found the convention goers smart, funny, creative, and intellectually generous."
Additional Information:
Smashwords: https://www.smashwords.com/profile/view/RiaStone 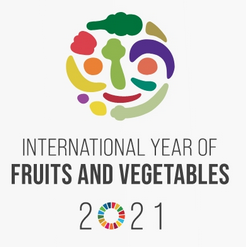